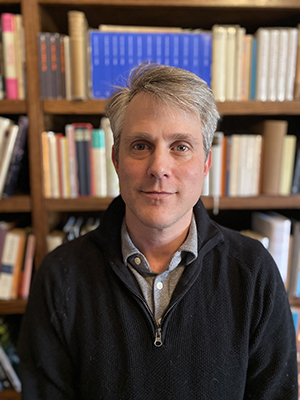 Professor of German - Department of MFLL

Daniel H. Magilow is Professor of German in the Department of Modern Foreign Languages and Literatures at the University of Tennessee, Knoxville, where he is also an affiliated faculty member with the Fern and Manfred Steinfeld Program in Jewish Studies, the Cinema Studies Program, and the Department of History. He earned his BA in Comparative Literature from Columbia University and his MA and PhD in German from Princeton University. He serves on the Academic Board of the Holocaust Educational Foundation of Northwestern University and was the Pearl Resnick Postdoctoral Fellow at the United States Holocaust Memorial Museum in 2005-2006. With Helene Sinnreich, Dr. Magilow is Co-Editor-in-Chief of Holocaust and Genocide Studies. His teaching and research, which have been supported by the National Endowment for the Humanities, the United States Holocaust Memorial Museum, the Getty Foundation, the German Academic Exchange Service, and the University of Tennessee Humanities Center, center on photography and film and their intersections with Holocaust Studies, Weimar Germany, and postwar memory. Alongside many articles, book chapters, and reviews focusing on photography, film, and memorials, he is the author, co-author, editor, or translator of the following books: In Her Father's Eyes: A Childhood Extinguished by the Holocaust (Rutgers University Press, 2008), Nazisploitation!: The Nazi Image in Low-Brow Culture and Cinema (co-edited with Elizabeth Bridges and Kristin T. Vander Lugt, Continuum, 2011), The Photography of Crisis: The Photo Essays of Weimar Germany (The Pennsylvania State University Press, 2012), Holocaust Representations in History: An Introduction (co-authored with Lisa Silverman, Bloomsbury, 2015, second revised and expanded edition in 2019), and It Will Yet Be Heard: A Polish Rabbi's Witness of the Shoah and Survival (by Leon Thorne, edited by Daniel H. Magilow and Emanuel Thorne, Rutgers University Press, Rutgers University Press, 2018). His edition of the collected works of the German photographer Albert Renger-Patzsch, titled The Absolute Realist: Albert Renger-Patzsch’s Writings on Photography, Technology, and Modernity, 1923–1967 is forthcoming with Getty Publications.