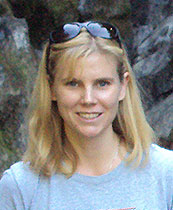 I am a scholar of Modern France and Empire, with areas of focus in family policy, demography, gender, medicine, and migration. My first book examines the ways in which France’s position as an imperial power shaped debates about the French birthrate during the Third Republic (1870-1940). Reacting to demographic studies demonstrating the steady decline in the French birthrate over the course of the nineteenth century, concerned citizens feared that France was headed towards depopulation. Pronatalism, as this political movement came to be known, focused on identifying solutions to this crisis. My book demonstrates that pronatalists believed that it was not enough to encourage French population growth solely within France’s borders; true demographic prowess entailed extensive settlement of the colonies and financial support for French families, both in France and the empire. Viewing the empire as critical to their nation’s regeneration, pronatalists looked to the colonies for solutions as they studied comparatively high birthrates among French colonial settlers and drew inspiration from demographic policies introduced in the empire. My research for this project was funded by the Council for European Studies, the National Endowment for the Humanities, the University of Iowa, and the University of Tennessee.

My second book project analyzes evolving ideas about family and procreation in the context of French demographic policy, 1920-80. When determining eligibility for benefits designed to encourage procreation, French policy makers sought to define what it meant to be a “legitimate” family. The idea of family as it related to pronatalist policies underwent major changes as the state introduced legal adoption of minors, legitimized a concept of family not rooted in biological kinship, and extended rights to children born out of wedlock. As the state aimed to influence the birthrate and define the “family” in new ways, demographic policy intersected with developments in medical science. This period was marked by modern treatments for infertility (starting in the 1920s), new forms of family planning methods, and the expansion of assisted reproductive technology. I explore how policy makers considered the ethical questions surrounding these medical developments and their impact on the birthrate, marriage, and the family. My research also examines French citizens’ expectations of the state, both in terms of supporting their families and helping them achieve their ideal family size. This project has been funded by the American Philosophical Society and the University of Tennessee.

In addition to teaching the second half of the Western Civilization Survey, I teach a variety of upper division courses on Modern Europe, Modern France, the French and Russian Revolutions, the Algerian Revolution, and the Second World War. I also teach graduate seminars on gender and European imperialism.

Regeneration through Empire: French Pronatalists and Colonial Settlement in the Third Republic (University of Nebraska Press, 2015)