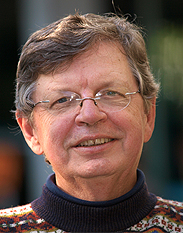 Professor Norrell has held the Bernadotte Schmitt Chair of Excellence since 1998. For the past two years, he has been working on a relatively new research project, “War and Truth: How Historians in Four Nations Treated Wars in the Twentieth Century.” This study is an inquiry into how historians in Germany, France, Great Britain, and the United States have treated the big wars of the twentieth century—World War One and Two and the Cold War. The study begins at an epochal moment in history, the beginning of the Great War, with a look at how the war was treated by historians in the four nations from 1914 through the 1960s.  It analyzes how the nationalism of each country was evident in the particular history they wrote before the war and then about the Great War. It examines how historians’ interpretations shaped attitudes toward postwar engagement in international affairs, including the acceptance of Nazism in Germany, appeasement in Great Britain, pacifism in France, and isolationism among Americans. It then follows the writing through the Second World War and then the Cold War.

The project will push to the forefront considerations of how historians decided what was historical, what influences shaped decisions about the content of written history, and the ways that historians’ selection of subjects and evidence determined what went into the historical record—and what was left out. This is a book about how history was used to advance or thwart presentist political questions and especially how governments manipulated popular and elite understandings of the past for matters of war and peace.

To date, Professor Norrell has written mainly about American race relations. In 2015, Norrell published Alex Haley and the Books that Changed a Nation, which covers the rise to national celebrity and great literary influence of Haley. In 2009 his revisionist biography, Up from History: the Life of Booker T. Washington, appeared to some acclaim.* In 2005 he published a well-reviewed interpretive synthesis of race relations in the twentieth-century United States, The House I Live In: Race in the American Century. His book Reaping the Whirlwind: The Civil Rights Movement in Tuskegee won the Robert F. Kennedy Book Award in 1986. He has published ten other books on the history of the American South. He is the author of 25 scholarly articles. He has given invited lectures at Heidelberg Oxford University, the University of Cambridge, the University of North Carolina, and the University of Tübingen, and several other universities.
*[see New York Times book review and Washington Post article].