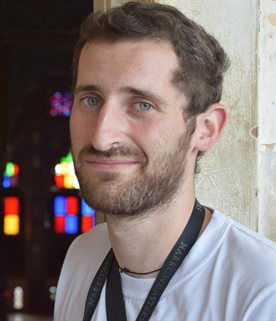 I am a historian of modern Europe. My focus is on the eastern part of the continent, and the Balkans more specifically.

I am currently completing a book on the socialist bloc’s biggest computer industry, situated in Bulgaria, which combines the histories of technology and political economy with that of the Cold War and the modern Balkans. This book challenges our concepts of backwardness, the importance of small states in large geopolitical systems, the nature of the Iron Curtain, and the concept of 1989 as a convenient end-point in the history of communism. This small Balkan state utilized its unique advantages to not only gain huge markets, but transform its own social make-up and political thinking. Based on Bulgarian, Indian, and Russian archives and interviews, it is both a local and a global study of a little known part of the 20th century.

My broader and future research includes the histories of the information society on both sides of the Iron Curtain, and the histories of failures and utopias. Recently, I have also become interested in the place of mountains in the long term development of Balkan states.

I teach the second half of the Western Civilization survey, as well as offering classes on Europe’s 20th century and Eastern European history.