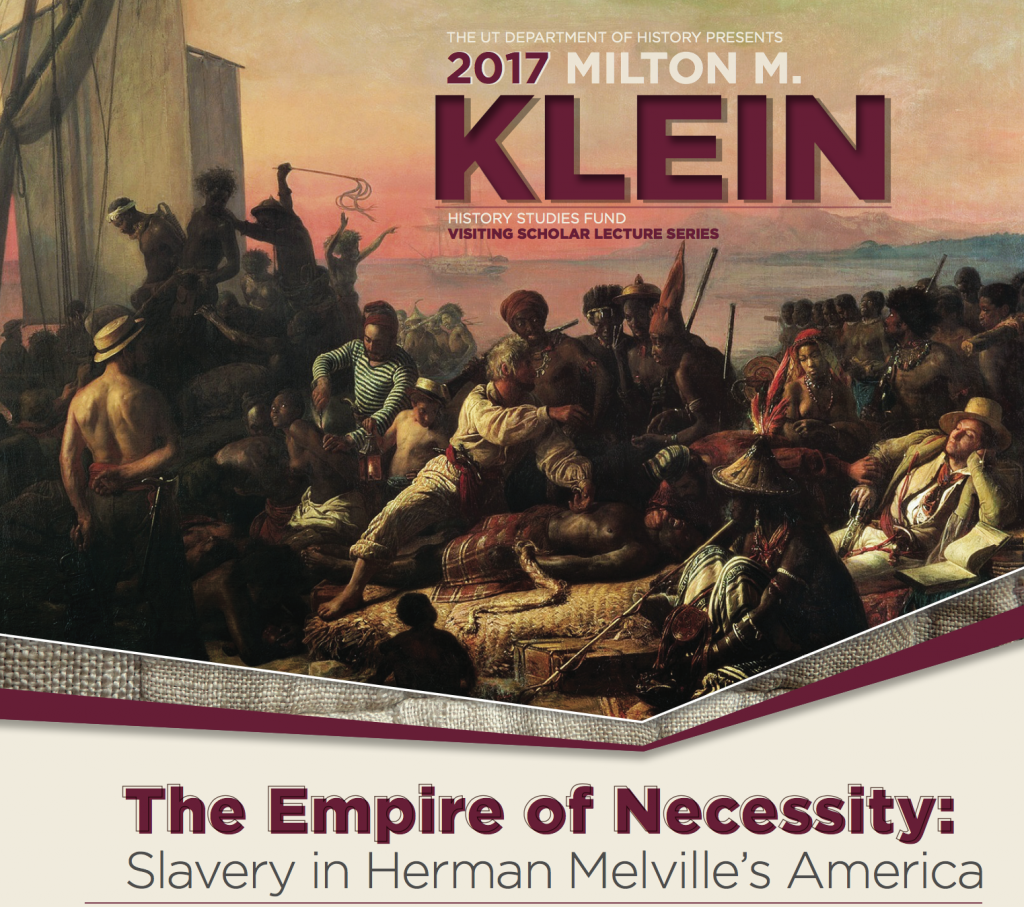 ***The 2017 Klein Lecture has been canceled. It will be rescheduled for a later date. Thank you for your patience and understanding.***

The UT History Department’s 2017 Milton M. Klein Lecture will be held on April 20, 2017 at 3:30pm in the Toyota Auditorium at the Baker Center.  The event is free and open to the public.  Food and drinks will be served.  Parking is not provided.  Dr. Greg Grandin will give the annual Klein Lecture.  The title of his talk is “Slavery in Herman Melville’s America.”

Dr. Grandin is the author of a number of prize-winning books.  He has been a finalist for the Pulitzer Prize as well as the National Book Award.  Professor Grandin was picked by the New York Times, New Yorker, Boston Globe, Chicago Tribune and NPR for their “best of” lists.  He is a professor of history at NYU and a member of the American Academy of Arts and Sciences.  Grandin writes on American Exceptionalism, US foreign policy, Latin America, genocide, and human rights.  He has been the recipient of a number of prestigious fellowships, including the John Simon Guggenheim Memorial Fellowship and the New York Public Library’s Cullman Center for Scholars and Writers.

His lecture will be based on his recent book The Empire of Necessity: Slavery, Freedom, and Deception in the New World, which won the Bancroft Prize in American History.  NPR’s Maureen Corrigan on Fresh Air named it as the best book of 2014, both non-fiction and fiction.  The Empire of Necessity paints an indelible portrait of a world in the throes of revolution, providing a new transnational history of slavery in the Americas-and capturing the clash of peoples, economies, and faiths that was the New World in the early 1800s.