Free & Open to the Public

The Department of History is pleased to present the 2021 Charles Jackson Memorial Lecture with a talk by Mark Smith, the Carolina Distinguished Professor of History at the University of South Carolina and Fellow of the Royal Historical Society.

The study of “cascade disasters”—when multiple environmental disasters barrel into one another—is burgeoning among scholars of hazards and disaster recovery. Historians can learn much from their work. This lecture explores how the sensory experience of a series of environmental disasters in 1867—hurricanes, earthquakes, and tsunamis—influenced a key event in nineteenth-century US foreign policy. It invites us to think about how cascade disasters, the history of  the senses, and diplomatic history might be brought into profitable dialogue. More broadly, it highlights
how serious and sustained conversations between the social sciences and the humanities can shed meaningful light on both past human experience and foreign policy initiatives.

MARK SMITH is a Carolina Distinguished 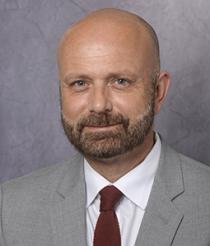 Professor of History at the University of South
Carolina and Fellow of the Royal Historical
Society. He is author or editor of a dozen
books and recognized as one of the foremost
scholars of the American South. As a pioneer
in the history of the senses, he is also a noted
scholar of the history of natural disasters. Smith
has lectured in Europe, throughout the United
States, Australia, and China; he has appeared
on The History Channel and on multiple radio
outlets. He has keynoted at the London Jazz
Festival and his work has been reviewed and
featured in the New York Times, the London Times, Brain
, Science, the Washington Post, Slate, the Wall Street Journal, Garden & Gun, and
Foreign Affairs. He is the General Editor of Cambridge University Press’
series, Studies on the American South, and General Editor of Penn State
University Press’ Perspectives in Sensory History. He has been a regular
book reviewer for the Wall Street Journal.