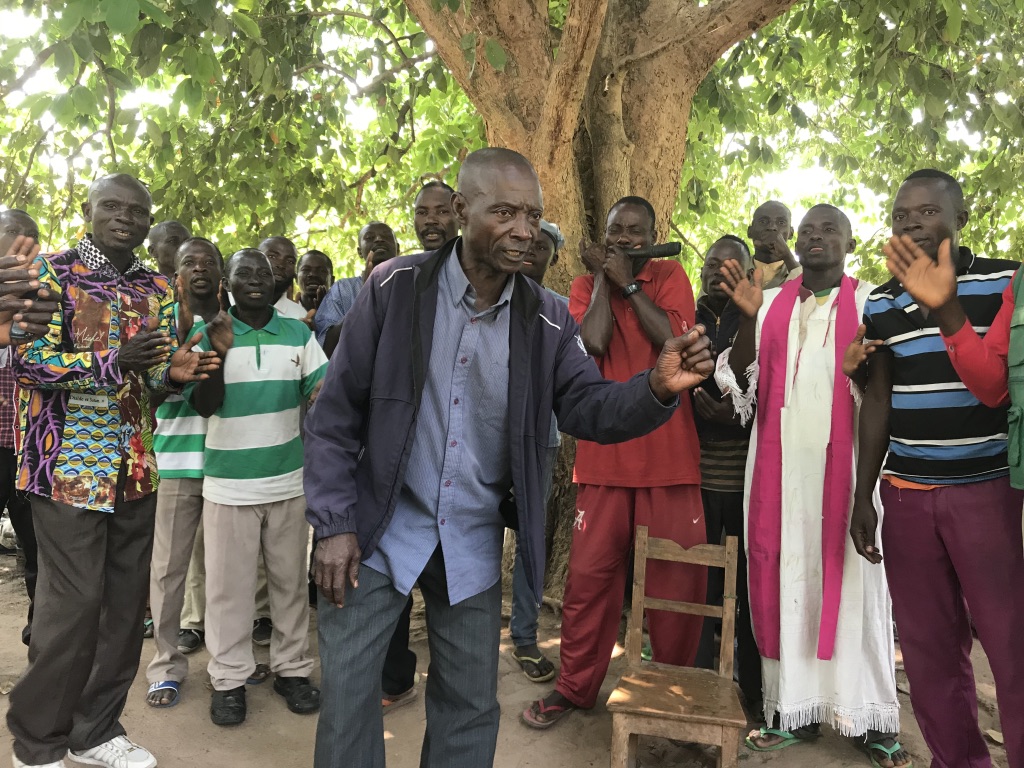 In our second entry on the intersections of protest, violence, and race, Professor Nicole Eggers draws our attention to how past experiences of state violence have impacted religious minority responses to COVID-19 in the Democratic Republic of Congo. Additional essays can be found here.

On April 26, I received a report from a friend in the Democratic Republic of Congo (DRC) that government soldiers had opened fire on one of the religious communities I work with as part of my historical research in the eastern province of Tanganyika. A vehicle full of soldiers had driven past their church and shot into an unarmed crowd of worshipers, injuring 9 people. In addition, soldiers beat and imprisoned other members of their community, including their leader – a well-known local figure who goes by the name PP2 (Pastor Paul II). The reason for this attack: they had refused to follow the Congolese government’s recent ban on public gatherings in light of the Coronavirus pandemic.

Almost exactly one month later, on May 25, George Floyd was killed by the police in Minneapolis, setting off a massive global wave of #BlackLivesMatter protests. Though the two incidents happened on opposite sides of the world and there are very important contextual differences, they are nonetheless connected by the threads of a shared history of colonialism, racism, and oppression. That both happened in the context of Covid-19 – a global pandemic that has both revealed and exacerbated vast disparities in access to the resources necessary to sustain individual and communal health – matters.  It obliges us to recognize the connections between histories of dissent, health, and state-sponsored violence against black bodies.

In many ways, it is not surprising that PP2 and his community refused to follow the Covid-19 guidelines. His community – one of a number of different communities who follow a religion known as Kitawala in Eastern Congo – has a long history of contentious relationships with the government, dating back to the colonial period. During that time, the colonial government surveilled, harassed, imprisoned, and “relegated” members of their community to remote internment camps for their beliefs, some for decades. They were targeted in large part because they preached that the authority of the Belgian colonial state – and of all secular states – was illegitimate. It was a belief that they had adopted, in part, from the doctrine of Watchtower Christianity, which swept across large swaths of central African in the early 20th century.

After Independence, PP2’s community of Kitawalists continued to reject secular state authority and, as a result, ran afoul with the Mobutu government on several occasions. Mostly, these altercations were about seemingly minor issues, like their refusal to acquire government issued-IDs, participate in the census, or salute the flag. In the 1970s, this resulted on multiple occasions in their imprisonment and physical abuse at the hands of the government. In one terrible incident in 1980, PP2 reports that state authorities burned down all of their villages and forced them to live in the wilderness with little access to food, clothing, or shelter, ostensibly to teach them a lesson about rejecting the progress of the modern state.[1]

More recently, PP2’s community has gained attention from the government and from the international the community for their refusal to accept vaccinations, including a universal polio vaccination campaign by UNICEF in 2011. All of this is to say that PP2 and his community have a tumultuous history with state authority. They do not trust the state or its agents. But more than that, they believe it to be corrupt, immoral, and spiritually impure. PP2 often quips that it should be called the “DEMONcratic” Republic of Congo.[2]

In some ways, one can sympathize with the challenge that communities like PP2’s pose to the government of the DRC, which struggles to assert legitimacy among many segments of its population. Of course, to see such struggles as the failure of the Congolese state alone is to ignore the long and complicated history of colonialism, neo-imperialism, and neo-liberal capitalist extraction that has undermined the project of state-building in Congo. Nonetheless, the result is a fragile state that has, too frequently, resorted to the use of violence in attempts to assert authority. For examples of this, one need look no further than the 2018 election cycle, the lead up to which was characterized by multiple incidents of state violence toward the electorate – in particularly those in the opposition – in the name of maintaining peace and order.

All of this leads us to consider the current situation, in which the government of Congo is faced with the challenge of Covid-19. Obviously, implementing public health measures to prevent the spread of this terrible disease is wise in a country where the health system is already overburdened and underfunded. But such measures are also potentially risky – even deadly – if handled poorly. They have, for example, already exacerbated the precarious position of the much of the population in Congo, for whom stay at home orders and market speculation have created new forms of insecurity – in particular by disrupting food supply chains and creating inflation. But an equally great risk, and one which the incident with PP2’s community already exemplifies, is that in their endeavors to prevent the disease, the Congolese government will repeat its history of using violence to impose its will on populations they perceive as uncooperative or threatening. This may lead to unnecessary death not by the disease, but at the hands of state agents like the soldiers who opened fire on PP2’s unarmed community of Kitawalist church-goers in Kabalo.

Given the history of their relationship with the government and the nature of their religious beliefs, PP2 and his community were never going to cooperate unquestioningly with Covid-19 restrictions on public gatherings. But does the risk that such communities pose in ignoring Covid-19 orders justify the use of deadly force against them? Obviously and emphatically not, particularly since Covid-19, though deadly and dangerous, is hardly the only or even most significant public health threat in the region. PP2 and his community understand this. When I spoke with PP2 after the Covid-19 incident, he told me that the real risk for his community right now is food insecurity, after recent flooding of the Lualaba river around Kabalo destroyed many of their crops. For PP2 and his community, the risk of not praying together for protection from these more immediate and tangible forms of hardship and insecurity is much higher than the risk of contracting Covid-19. There is no virtual church option in rural Congo.

To point out all of this is not to suggest that if public institutions – both national and international – cannot immediately solve extant public health crises like flood damage or the endemic tropical disease burden, they should not bother trying to combat Covid-19. Nor is it to suggest the inability to do so effectively is a failure of the Congolese government alone.  What it is, however, is a call for historical empathy. People’s lives and the relative vulnerability of their communities have been unevenly shaped by their historical proximity to state power. Not everyone believes – nor have they been given reason to believe – in the good intentions of state interventions in their lives. This is as true in the US as it is in Congo. In both places, histories of state violence against and neglect of black bodies have shattered that trust.

In this context, it is incredibly important for international public health advocates to be cautious of the kinds of pressure and incentives they place on government’s like that of the DRC to implement public health interventions. It is, moreover, important for everyone to recognize that people like PP2 and his community – much like protesters out in the streets risking life and limb in the midst of a global pandemic – operate within matrixes of vulnerability that put them in the position of making difficult choices about which risks are more imminent to their own lives and livelihoods. These choices may not always please public health advocates or proponents of state authority, but they are nonetheless rooted in the knowledge of historical experience.

[2] For more on this point, see Nicole Eggers (2020) “Authority that is customary: Kitawala, customary chiefs, and the plurality of power in Congolese history,”Journal of Eastern African Studies, 14:1, 24-42.