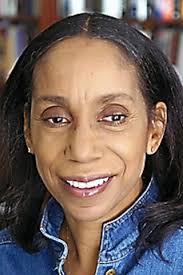 As a member of the pioneering generation of black women historians at the nation’s historically white colleges and universities, Cynthia Griggs Fleming made a career out of making history.

During Black History Month, colleagues of the professor emerita will honor her work at the University of Tennessee, Knoxville, as well as the trails she blazed as a civil rights pioneer. A reception will be held noon-2 p.m. Friday, Feb. 6, in Room 102-104 of the Black Cultural Center, 1800 Melrose Ave.

In 1977, Fleming became the first black woman to earn a Ph.D. in history from Duke University. In 1982, she joined UT’s history faculty as one of the first two black women faculty members in the College of Arts and Sciences.

Fleming said when she arrived at UT, she didn’t know what to expect.

“When I graduated from Knoxville College (a historically black school), UT had just started integrating. Back then we considered it hostile territory,” she said.

Fleming earned tenure in 1987 and spent the next ten years chairing and overseeing the growth of UT’s African-American Studies program. She was promoted to professor in 2005 and, after 32 years of service, retired last year.

A distinguished historian of the civil rights movement and an oral history specialist, Fleming is the author of three books, including “Yes We Did?” which examines the expansion of black leadership from grassroots to the national arena beginning with Booker T. Washington and ending with President Barack Obama. She also is the founding co-editor of the book series, Civil Rights and the Struggle for Black Equality in the Twentieth Century, at the University Press of Kentucky.

A link to a recent interview with Dr. Fleming on WBIR-TV can be found at: