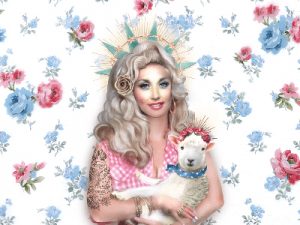 Dolly Parton’s America podcast received a prestigious Peabody Award, which recognizes stories notable for their excellence as well as their resonance.

The podcast, hosted by Jad Abumrad and produced by Shima Oliaee with WNYC, is based on Professor Lynn Sacco’s class, Dolly’s America: From Sevierville to the World, which she created as a history honors class after seeing Dolly Parton accept an honorary degree from UT.

“She comes out in her gown, and then the governor comes over, and they give her the degree and she stood there and just sobbed. She seemed very genuine,” Sacco told Abumrad and Oliaee.

Sacco and her students appear on episodes seven and nine of the podcast, which was hailed as the top podcast of 2019 by Forbes and drew more than 1.5 million downloads per episode. The group discussed topics like Appalachian stereotypes, football, religion, and feminism.

According to their website, the podcast received a Peabody Award “for its engaging reflection on Dolly Parton’s America.” Read more about the award and watch Dolly Parton’s acceptance speech.