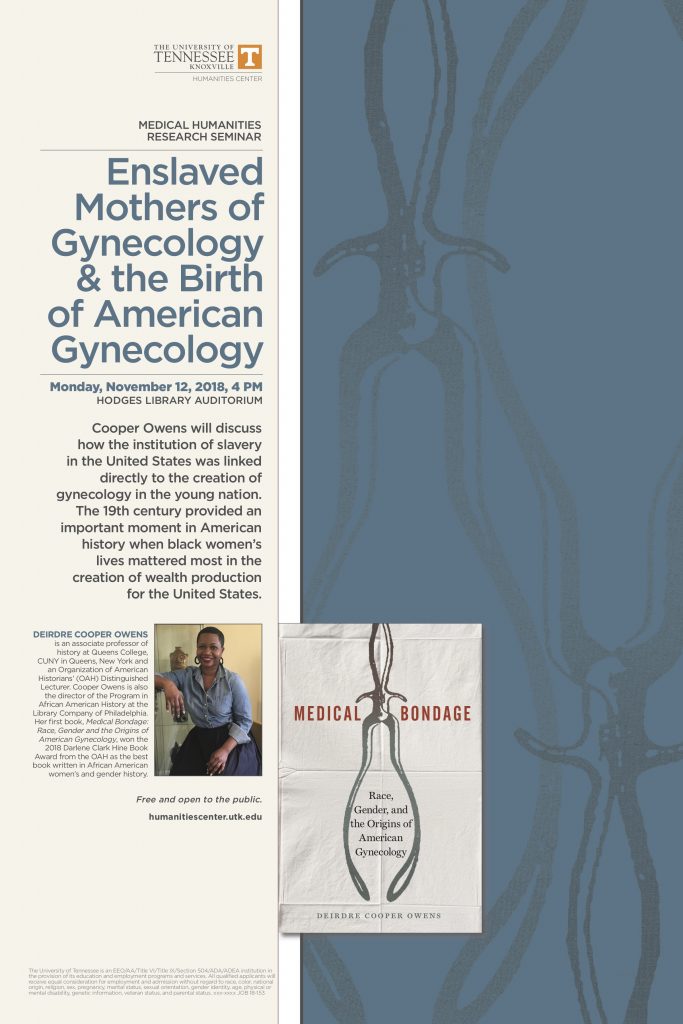 Enslaved Mothers of Gynecology and the Birth of American Gynecology

Deirdre Cooper Owens is an Associate Professor of History at Queens College, CUNY in Queens, New York and an Organization of American Historians’ (OAH) Distinguished Lecturer.  Cooper Owens is also the Director of the Program in African American History at the Library Company of Philadelphia, the country’s oldest cultural institution founded by Benjamin Franklin in 1731.  Her first book, Medical Bondage: Race, Gender and the Origins of American Gynecology(UGA Press, 2017) won the 2018 Darlene Clark Hine Book Award from the OAH as the best book written in African American women’s and gender history.