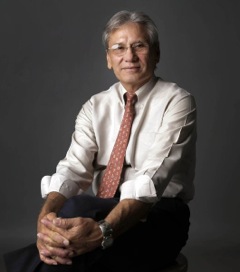 This year marks the 175th Anniversary of the forced removal of approximately 14,000 Cherokees from the region that resulted in a devastating one-quarter population loss.  In spite of this tragic event, the Cherokee Nation and the Eastern Band survived, albeit as two distinct federally recognized tribes.  Principal Chief Michell Hicks of the Eastern Band of Cherokee Indians and former Principal Chief Chad Smith of the Cherokee Nation will participate in the 7th Annual Native American Heritage Night event, 175 Years Later: Reflections on Cherokee Tribal Sovereignty Today.  During their tenures, both men have been credited with strengthening the economic standing of their nations and positively impacting the economies of the surrounding regions.  Chief Smith attended UT briefly as an undergrad and will be drawing from his recently published book, Leadership Lessons From the Cherokee Nation (McGraw-Hill 2013). Chief Hicks has served as Principal Chief since 2003. The Eastern Band is the largest employer in western North Carolina.

The event will be held at McClung Museum at 7:00pm on Wednesday, November 13.  A reception sponsored by the School of Business Administration will follow.

The event is free and open to the public.

For more information or disability accommodations, please contact the Office of Multicultural Student Life at 865-974-6861 or email us at multicultural@utk.edu