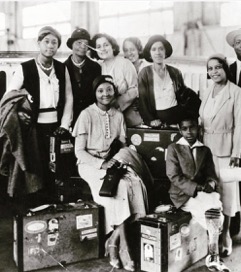 “The World is Ours, Too”: Black Women, Global Activism, and the New Black Travel Movement 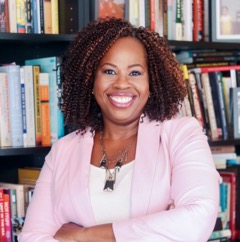 While the very history of African Americans is centered around forced and voluntary international journeys, the experiences of blacks during World War II, along with significant changes in American politics and culture in the postwar era gave rise to African American international leisure tourism. At the forefront of this development were black women who not only traveled abroad in larger numbers than their male counterparts, but helped to establish the economic infrastructure for an international black travel industry.  Just as black women in the early years of the Civil Rights Movement built a travel movement, the early 21st century Black Lives Matter movement has witnessed a similar resurgence.  In this iteration, it is Black women of the millennial generation who are at the forefront.   Indeed, as public struggles against anti-black violence have increased since 2013, the market share of African Americans in the international travel market has given birth to what the media is widely reporting as the “The New Black Travel Movement.” This talk discusses the ways that this movement is not new at all but a continuation of a phenomenon that began in the 1940s and one that has a great deal to teach us about the tensions between political activism, leisure, and global freedom struggles.