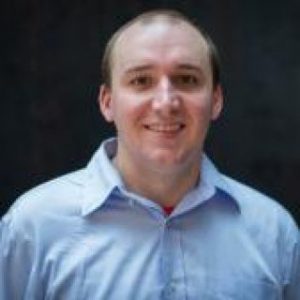 Brad Nichols (’16) recently won the 2017 Fritz Stern Dissertation Prize from the German Historical Institute in Washington, DC. Nichols’s dissertation, “The Hunt for Lost Blood: Nazi Germanization Policy in Occupied Europe,” sheds light on an aspect of the wartime Third Reich and reveals the inner dynamics of Nazi racial policy and practices towards foreign nationals they suspected of being carriers of Germanic ancestry.

What is the central research question of your dissertation?

My research focuses on the question of how it was that more than six million people ended up becoming German citizens in the midst of the most destructive conflict in human history. Although we don’t typically think about the Second World War in this way, the fact of the matter is that the Nazis considered demographic growth to be just as important as the physical annihilation of so-called racial enemies. My manuscript seeks to explain what motivated this drive to augment the German nation with foreigners, while simultaneously exploring why ordinary civilians throughout occupied Europe chose to go along with it.

How did you come to this topic? What surprised you most as you conducted your research?

I was originally interested in doing something on the Nazis’ ethnic cleansing campaign in western Poland, but when I started conducting research in the archives, I kept coming across documents with the heading “Poles earmarked for assimilation.” This piqued my curiosity because I had always been taught that the Nazis rejected assimilation on grounds of biological determinism. The more I looked into it, however, the more I realized that this dynamic actually worked the other way around, that Germanization was predicated on discourses of race and notions of “racial kinship” specifically. Equally surprising was the enormous degree of influence that potential converts were able to exert over policy-making from below.

How did your graduate training at UT contribute to your work?

Among other things, I acquired a firm grasp of how to parse evidence, incorporate relevant theoretical tools, and frame my research in terms of gaps or misconceptions in the historiography. These were the most important skills I learned as a graduate student at UT, especially from the Germanist cohort, though I would be remiss if I did not also acknowledge the input provided by faculty members in outside fields. I think there’s a tendency to develop tunnel vision when you’re only engaging with a single body of literature, so it was incredibly beneficial to see how scholars who specialize in other time periods approach similar themes.

What does it mean to have been awarded the Fritz Stern Prize? What are your future plans?

It is naturally a tremendous honor to have my dissertation recognized as the best in its field, even more so given all of the excellent doctoral work on German history being produced at universities across North America. As the first graduate of UT’s history department to receive this award, it is also quite gratifying to be able to share the attendant prestige with the institution that made such an achievement possible in the first place. As for future plans, I have secured a contract with Cambridge University Press, and I hope to finish revising my manuscript soon so that it can appear in print as a full-fledged monograph within the next few years.

Read more about his research online.