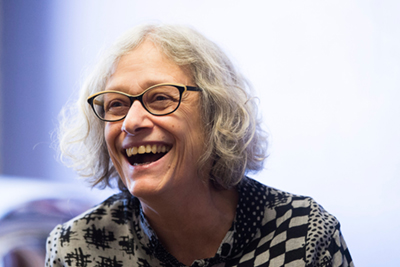 As spring semester closed, Lynn Sacco retired from an inspiring teaching career at UT. Sacco graduated from Marquette University in 1975 where she majored in English and journalism. Following graduation, she traveled in South America before attending law school in her beloved home town of Chicago. After practicing law for 15 years, she headed to graduate school, earning an MA in American Studies from SUNY Buffalo and then a PhD in history at USC in 2001. After a year teaching high school in one of Los Angeles’s poorest communities, Sacco arrived at UT in 2004.

She quickly became one of the department’s most popular teachers, offering richly conceived courses on topics ranging from American film to the history of rape, gay America, and a now-renowned course on Dolly Parton. A passionate mentor to her students, she has always encouraged them to engage with issues relevant to their own lives, including sexuality, race, and social movements. While these can be politically divisive, Sacco finds that students are more comfortable exploring these complex topics within the context of the past. By learning to empathize with people in history, and taking the time to understand why they arrived at the choices they made, students are better equipped to evaluate their own world view. As Sacco encourages her students, “believe what you want, but have a good reason for it.”

Her work with UT undergraduates has been recognized with numerous honors and accolades including the department’s David V. and Kathryn G. White Undergraduate Teaching Award, the Chancellor’s Award for Excellence in Teaching, and this spring, the Alumni Outstanding Teacher Award.

Outside of the classroom, Sacco has been an important mentor to large numbers of students through the years. She makes an effort to get to know all of her students, learning about their backgrounds and their personal struggles, as well as their academic interests and career aspirations. Her talents as a mentor are obvious to everyone in Dunford Hall who has had to step over the legs of the many students who camp outside her office door, waiting for their turn to get her advice and encouragement. Her sharp understanding of who her students are outside of the classroom has shaped her impressive service record on campus, including, for example, the work she has done with the Pride Center and as faculty advisor for Sex Week. 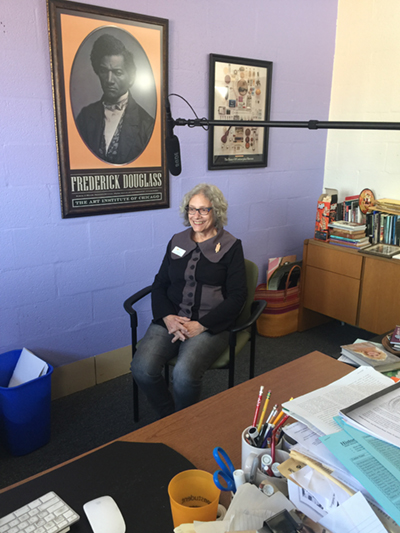 Lynn Sacco being interviewed about her Dolly Parton course.

Of all the classes Sacco has taught at UT, one has drawn particular attention and acclaim, on campus and around the world. Dolly’s America: From Sevierville to the World explores “how a ‘hillbilly’ girl from Appalachia grew up to become an international one-word sensation.” Sacco designed this class, a small seminar for honors students, to both explore an engaging topic and prepare students to research and write an extensive senior thesis. Beginning in 2017 the course attracted enormous attention outside the university, including in such news outlets as the BBC and the New York Times.

As the reporter for the Times discovered, Sacco’s course used Dolly Parton’s career to explore much bigger topics – the economic history of Appalachia, the history of media-constructed gender norms, the history of tourism, and much more. In this course, Dolly Parton became a doorway to understanding so much about the regional and national history that has shaped the experience of our students today. For many students from this region, understanding Dolly helped them better understand themselves. 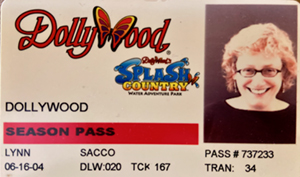 The impact of that course on Sacco’s students was made vividly clear when it inspired a national podcast series, Dolly Parton’s America. One episode centered on Sacco’s class and her students. The program elicited an emotional response from listeners when students talked about intentionally losing their Appalachian accents in order to be taken more seriously in the world. Polly Ann Taylor (’18), from the small town of Clintwood in far southwestern Virginia, was one of those students. After the episode was released, she spent time reading through messages on Twitter from people who have gone through the same experience.

“The overwhelming amount of support and connection honestly made my day every time I read them,” Taylor said. “Some of them also broke my heart when I saw how the story resonated with them, how it’s also their experience, too. But it made me so glad that we were able to share our discussion the way that we did.”

As she prepares to retire from the University of Tennessee, Sacco has many plans for the future, including continuing with her current research project. Sacco’s first book, Unspeakable: Father-Daughter Incest in American History, was published by Johns Hopkins University Press in 2009. The quality of her research, and its importance to her field, was recognized by UT’s Thomas Jefferson Prize the following year. Sacco’s current research draws on her interests in the history of popular culture and cinema, examining how ideas of sexuality, gender, and pleasure develop over time.