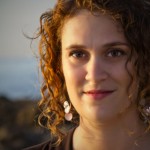 KRISTEN BLOCK joined UT as an associate professor after seven years on the faculty at Florida Atlantic University. As an early modern Atlantic historian, her teaching repertoire spans the early Americas, using themes—religion, witchcraft and magic, independence and revolution—to demonstrate the vibrant ideas and transformative circulation of people from Africa, Europe, and the Americas.

Her research focuses on the seventeenth and eighteenth-century Caribbean. Her first book, Ordinary Lives in the Early Caribbean: Religion, Colonial Competition, and the Politics of Profit, was published by the University of Georgia Press in 2012. Ordinary Lives examines the entangled histories of Spain and England, two colonial powers searching for profit and fighting to assert their own version of religious dominance. Focused on the stories of ordinary people, the book illustrates how the powerful rhetoric and rituals of Christianity helped ordinary people survive in a harsh world.

Block has begun a second project, “Health, Disease, and the Spirit: Religion and the Colonial Body in the Early Caribbean,” which will explore a range of ideas about disease and contagion. 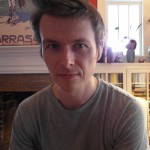 A historian of early medieval Europe, focusing on the religious and intellectual history of the Carolingian empire in the eighth and ninth centuries, Gillis earned the doctorate at the University of Virginia and the master’s degree in medieval studies at Western Michigan University. He was a Fulbright fellow in Vienna, Austria, as well as a colleague at the Austrian Academy of Sciences’ Institute for Medieval Research during his stay in Vienna.

In both his teaching and research, Gillis aims to develop ways of viewing authors, texts and ideas that challenge our understanding of the past. To this end, his research offers a new perspective on early medieval political power and religious coercion through a detailed analysis of the life and thought of the Carolingian world’s most notorious heretic, Gottschalk of Orbais (806-868). 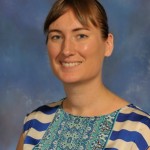 ALISON VACCA joined the department this year as assistant professor and is teaching courses on Islamic history and art history.

Although she first read the Qur’an as a high school student, Vacca’s interest in Islam deepened after several semesters abroad in Muslim-majority countries while an undergraduate in history and religious studies at Nazareth College of Rochester. After completing the bachelor’s degree she moved to Jerusalem as a Fulbright scholar where she studied early Islamic history and Near Eastern languages (mostly Arabic and Armenian).

Vacca is interested in religious and ethnic diversity in the Islamic world. She completed the doctoral degree at the University of Michigan, where she wrote her dissertation about the Christian province of Armenia in the eighth and ninth centuries, when it was part of the Islamic world and ruled by Arab governors.

Vacca is currently working on a book about the transition from Persian to Arab rule in Armenia and Azerbaijan in the seventh century C.E., focusing on the perception of continuity, the idea of Iran, and the reliability of tenth-century sources. 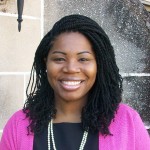 SHANNEN DEE WILLIAMS joined the department this year as an assistant professor, where she is teaching courses in United States, African American, women’s, civil rights, and religious history.

Williams also earned a master’s degree in Afro-American studies from the University of Wisconsin at Madison and a Ph.D. in history and a graduate certificate in women’s and gender studies from Rutgers University-New Brunswick.

A specialist in African American history, Williams is interested in women’s activism and leadership in radical struggles for democracy and human justice. She is currently completing a book manuscript entitled, “Subversive Habits: Black Nuns and the Struggle to Desegregate Catholic America after World War I.” Her work examines the twentieth-century freedom struggles of black Catholic sisters in the United States. 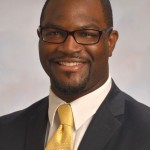 His current book project, “New South Prosperity: John Hervey Wheeler, Black Banking, and the Civil Rights Era in North Carolina” traces Wheeler’s life in order to explore race, power, and citizenship in the South from the 1930s to the 1960s. Wheeler offered a bold vision of regional prosperity, which he believed to be forever bound to the economic prospects of black Americans. This vision could only be achieved if African Americans were granted broad and immediate access to their full citizenship rights. By exploring Wheeler’s unique sphere of black leadership, the book works to capture the larger relationship between black institutions, their connections to political and economic power, and the “brokering” of the Civil Rights movement.

Winford received the bachelor’s and master’s degrees from North Carolina Central University. He completed a doctoral degree in United States history at the University of North Carolina at Chapel Hill in 2014.