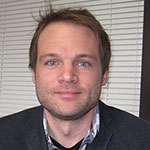 Pearson will be based at the Center for the Study of Conversion and Inter-Religious Encounters at Ben-Gurion University of the Negev in Israel. He will be studying Latin, Arabic, and Syriac manuscripts at archives in Jerusalem. The working title of his project is “William of Tripoli and his Eastern Context: Reconsidering Muslim-Jewish-Christian Relations in the Crusader States.” 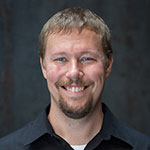 Sander will be doing research at Humboldt University in Berlin and the University of Freiburg. He’ll also be working at the German Federal Archives in Berlin, conducting research for his dissertation looking at Nazi attempts to recreate Dutch identity through education and propaganda while incorporating the Netherlands into the larger “Greater Germanic Reich.” He is currently the Norman Raab Foundation Visiting Fellow at the Jack, Joseph, and Morton Mandel Center for Advanced Holocaust Studies at the United States Holocaust Memorial Museum in Washington, DC. He also has received funding from the Center for Jewish History, the Holocaust Education Foundation, the German Historical Institute, and the American Association for Netherlandic Studies.

Two graduate assistants associated with the Center for the Study of War and Society have won fellowships this year, continuing a winning streak of eleven major awards received by graduate students active with the center since 2008. Michael McConnell won a Harry Frank Guggenheim dissertation-writing fellowship, while Will Rall won a Hunt Fellowship from the American Council on Germany to fund archival research.