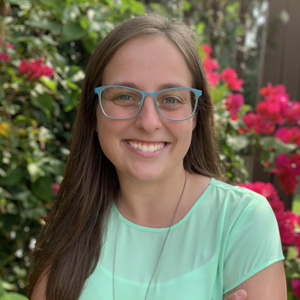 Alyssa Culp spent the summer of 2019 researching in Munich, Germany, at the Bavarian State Archives and Bavarian State Library. Before arriving, she had some ideas about what types of documents she might find in the collections. The reality, however, is archives are full of unexpected surprises that lead research in exciting directions. About halfway through her trip, Alyssa discovered a document written by a physician requesting a morgue for his district. He sent this request following a shocking incident in which a young man sprang out of his coffin just as it was being lowered in the ground. Alyssa was fascinated by this story and the physician’s reasoning that a morgue was needed to prevent more such incidents involving “the living dead.” As she dug deeper into the documents she found that this history surrounding the morgue was even more fascinating. With a bit of luck and help from an archivist, Alyssa found an entire collection about the Bavarian morgues. The collection contained physician reports about the dire need for morgues, pamphlets on how to design coffins to prevent live burial, warnings of corpses as cholera carriers, reports of local disdain for the morgue, and even architectural plans on how a proper morgue should be constructed.

A few weeks later, Alyssa delivered a talk about this research at Ludwig-Maximilians-Universität, and the audience was enthralled. Their questions prompted her to think even more about the cultural, religious, and social understandings of death and how they changed with these establishments. Alyssa left Munich with new questions about how the morgue challenged previous ways of dying in nineteenth-century Bavaria. Alyssa never expected her dissertation to move in this direction.

“This collection essentially found me,” she said. “I believe that is the true beauty of research and working in the archives; you never really know where the manuscripts and collections might lead you.” 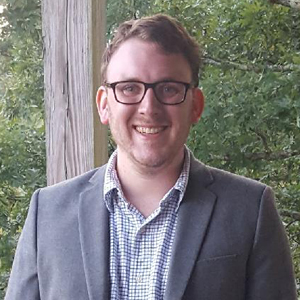 Jordan Amspacher traveled to Paris in 2019 to conduct archival research for his dissertation, “Troya Victa: Empire, Identity, and Apocalypse in the Frankish Chronicles of the Fourth Crusade.” While there, Jordan had the opportunity to examine numerous thirteenth-century manuscripts at the Bibliothèque nationale de France. His experiences in France’s most renowned library left him humbled and inspired. The archivists generously assisted him in his research, without a second thought allowing him access to some of France’s oldest and most beautiful national treasures. Jordan was blown away by his experiences with the manuscripts themselves. Many of them were beautifully illuminated, with careful and deliberate lettering, colored rubrications to aid in reading, historiated initials, and expansive gold leaf plating which sometimes took up as much as half a page of parchment. Jordan appreciated the experience of connecting with the past in the archives.

“To hold within your hands the actual physical record of the thoughts penned by an author eight-centuries deceased, and then to feel those thoughts inhabit your own consciousness, as though they have a will to grant some measure of immortality to the otherwise nameless scribe who gave them form elicits sentiments which the confines of the written word simply do not have the power to convey,” he said.

For his next research trip, Jordan looks forward to holding and engaging with more rare texts in Munich and Colmar, including the three extant manuscript copies of Gunther of Pairis’ Hystoria Constantinopolitana. 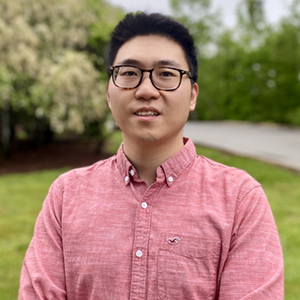 Malcolm Huang’s research on the cultural ties between Qing-China and colonial North America focuses on the circulation of Chinese tea and tea culture. In 2019, this project sent him to research collections in Guangzhou, China, and Salem, Massachusetts. Getting settled in at a new archive always requires a fair amount of paperwork initially. Malcolm noted that in order to access special collections at Zhongshan University in China he had to walk across the campus on an exceptionally hot and humid day to get the required two letters of support from the associate head of the history department. Physical discomfort aside, this effort paid off. Once he got the temporary reader’s pass and was allowed to enter the archive, he enjoyed a great degree of freedom. The staff were helpful and allowed him to take as many pictures of the sources as he needed.

In addition to Guangzhou, Malcolm’s research took him to the Peabody Essex Museum’s Phillips Library in Salem, Massachusetts. In the course of two months, he collected sources about America’s Old China Trade, tea consumption and sale in the colonial era, as well as the physicians’ records and prescriptions about how they administered tea as part of the remedy to patients. Particularly fascinating were Edward Augustus Holyoke’s papers. Although the finding aid did not list tea as a key word for this collection of papers, working through this collection was well worth the effort. Malcolm found that Holyoke’s correspondence talked about tea quite a bit. For Malcom, this was an exciting discovery because it means that colonial physicians not only believed in tea’s medicinal usages, but actually administered them as medicine.

This experience highlights an important lesson about how archives are organized and classified. Sometimes the collections that seem like they would be useful (due to the catalog description or keyword listed in the database) turn out to be dead ends. Then, there are other collections that do not initially seem like they would yield important information, but prove to be full of unexpected insights.