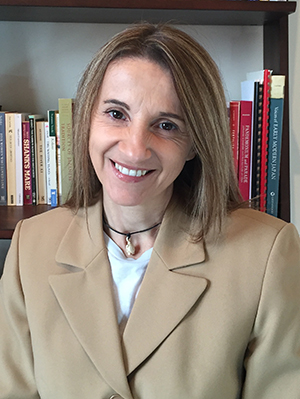 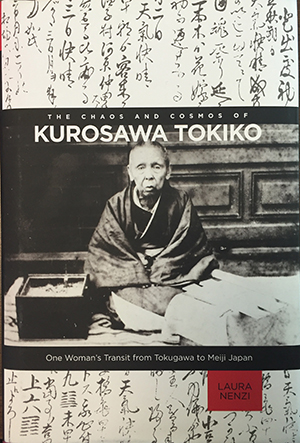 ­— Laura Nenzi is associate professor of history at UT, and author of The Chaos and Cosmos of Kurosawa Tokiko: One Woman’s Transit from Tokugawa to Meiji Japan (University of Hawaii Press, 2015.)

Tokiko is not a well-known figure in Japanese history. How did this rather obscure figure capture the attention and curiosity of Laura Nenzi? Nenzi responded to this question and others in a recent interview.

Who was Kurosawa Tokiko, how did you find her story, and why were you drawn to it?

LN: Tokiko was a rural teacher, poet, and oracle, offering divination and healing, in nineteenth-century Japan. In her fifties she became a political activist and tried to change the course of Japanese history, but failed.

When I began my project Tokiko was completely unknown not only in the United States but also, surprisingly, in Japan. A few secondary sources mentioned her surprising life story: a 400-mile protest journey on foot to deliver a petition to the Japanese emperor, after which she was arrested, imprisoned, and then banished. Naturally, I had to investigate. How do you not tell such a story?

How does your subject’s story illuminate the wider changes taking place in Japan in the 19th century?

LN: Tokiko lived through some of the most significant moments in early modern Japanese history: the end of the samurai period and the start of the Meiji Restoration. Her story shows how an ordinary individual understood, and reacted to, such political changes, revealing the personal preoccupations, joys, and sorrows underlying the geopolitical ‘big picture’.

What are the challenges and value of studying what you have called an “incomplete and inconsequential” life?

LN: First, Tokiko is not a household name in Japanese history, and so I had to travel to Japan on several different occasions to consult local archives where the manuscripts of her diaries and poems are preserved. Second, once the project neared completion, I had to sell a microhistory in a self-declared “global” age. The rewards exceeded the challenges. Microhistory doesn’t just require reduction, but also reconceptualization—some Japanese, like Tokiko, had other priorities and followed a road less traveled. Tokiko failed to change the course of history, but it is utterly amazing that a base-born woman thought she could.

What did you learn from the “many reincarnations” of Tokiko in her life and after?

LN: A lot! Her own writings reveal that Tokiko was a multidimensional person: a prognosticator, teacher, poet, and political activist all at the same time. But, as any historian knows: present preoccupations dictate the questions asked of the past. At the time of the World War II, Tokiko was hailed as a patriot, overlooking her problematic involvement with divination. More recently, a failed film project was going to project Tokiko as a model of success through education, silencing her political voice. Local pride and boosterism also affect historical memories. In her hometown, sources have envisioned Tokiko as a model of rectitude. And so, a small group of local activists works to keep her memory alive, collecting documents and curating her home despite enormous costs and the lack of support. Without this local support, my project would have never come to fruition.