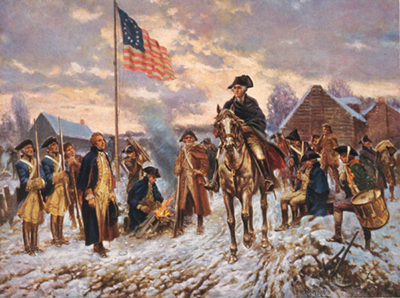 More than 200 people attended the department’s symposium exploring Tennessee’s role in the American Revolution. Chris Magra, associate professor of history, organized the event, which took place April 21, 2018. Magra, a historian of early America, examines the Revolution from the vantage point of the Atlantic Ocean.

“The symposium shines a light on local history, raising public awareness of the rich Revolutionary Era history in east Tennessee,” Magra says. “Many people are familiar with the fact that the Civil War touched this region, but the area’s ties to the American Revolution are too often overlooked.”

“Our department has a particularly strong tradition of community outreach,” Magra says. “Local history speaks to the people who live in the region.”

Magra is already planning next year’s spring symposium, a partnership with the local community that will showcase new work on Tennessee’s role in the American Revolution.

“The Revolution in our region is filled with drama, such as William Blount switching sides in the contest between Patriots and Loyalists,” Magra says. “If you can’t find something interesting in the Revolution, then you better check your pulse.”