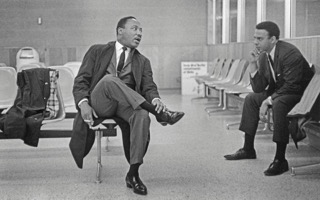 Please join the History Department on Thursday, January 16th at 5:30pm in Haslam Business Building Room 203 for an MLK Day Lecture by Dr. Maurice Hopkins. Dr. Hopkins will be speaking on “The King of the World: Martin Luther King and Public Memory.”

On April 4, 2018, the world commemorated the sacrifices of Dr. Martin Luther King Jr. American presidents, world diplomats, and ordinary citizens gathered to honor a prophet who paid the ultimate price for humanity. Few, if any, admitted that King was once the most hated public figure in the United States. He stood for justice and equality, championed the poor, and criticized American capitalism and the nation’s involvement in world-wide conflict. Moreover, King’s legacy has fallen prey to exploitation and capitalism and suffered a whitewashing—a revised history that simplifies his legacy into a sanitized narrative void of complexities.

It is this kind of sentiment that has allowed for American capitalists to publicly praise King while simultaneously exploiting the Baptist preacher’s legacy. Likewise, public celebrations such as Martin Luther King Day, implemented by President Reagan, and the erection of the King monument on the Washington Mall have contributed to the hijacking of King’s legacy. This presentation will explicate and analyze the myth and maxim of Dr. King’s legacy, both nationally and internationally, and how this is presented through public memory. 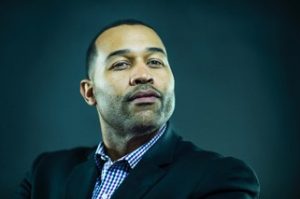