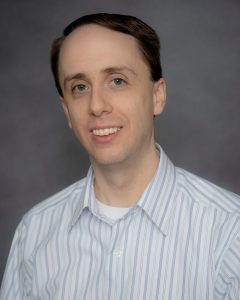 The Papers of Andrew Jackson, a long-running project in the UT Department of History, received two federal grants to support its continued work. The National Endowment for the Humanities (NEH) awarded the project $300,000 over three years and the National Historical Publications and Records Commission (NHPRC) awarded the project $160,000 for one year.

“The Jackson Papers is the only editing project to receive the maximum outright grants from both agencies during this application cycle, a testament to the project’s reputation for working efficiently and expertly on a very important task,” said Ernest Freeberg, professor and head of the history department. “This impressive accomplishment is due to the excellent work of the new director of the Jackson project, Dr. Michael Woods, as well as the many years of leadership by his predecessor, Dr. Dan Feller, and the editorial staff at the papers.”

As part of the history department, The Papers of Andrew Jackson is a valuable resource for all faculty, staff, and students. Michael Woods, project director and associate professor of history, and his editorial staff collect and publish Jackson’s entire extant literary record.

“Andrew Jackson was as controversial a figure in his own time as he is in ours, but his historical significance is beyond doubt,” Woods said. “We seek to place modern discussions of Jackson, his era, and his legacy on a firm evidentiary foundation.”

The editorial team is producing a series of 17 volumes that brings Jackson’s most important papers to the public in easily readable form. Sources for the series include Jackson’s letters, official and military papers, drafts, memoranda, legal papers, and financial records. The series is an essential tool for scholars in many historical fields. The project published Volume XI: 1833 in 2019, and digitized versions of this volume are now available through Newfound Press and Rotunda, a digital imprint of the University of Virginia Press.

Woods joined the UT history faculty and began his tenure as editor of the Papers of Andrew Jackson project in fall 2020.

“I am honored to serve as director of the project,” Woods said. “It has always been a collective efforts, and I am grateful for the opportunity to work with the project’s superb editorial team to produce published volumes of the highest caliber.”

Created in 1965 as an independent federal agency, the National Endowment for the Humanities supports research and learning in history, literature, philosophy, and other areas of the humanities by funding selected, peer-reviewed proposals from around the nation. Additional information about the National Endowment for the Humanities and its grant programs is available at neh.gov.

The National Historical Publications and Records Commission (NHPRC) is the grant-making affiliate of the National Archives and Records Administration. Its mission is to promote the preservation and use of America’s documentary heritage essential to understanding our democracy, history, and culture. NHPRC grants help State and local archives, universities, historical societies, and other nonprofit organizations solve preservation problems dealing with electronic records, improve training and techniques, strengthen archival programs, preserve and process records collections, and provide access to them through the publication of finding aids and documentary editions of the papers of the Founding Era and other themes and historical figures in American history. The NHPRC works in partnership with a national network of State historical records advisory boards. It also provides Federal leadership in public policy for the preservation of, and access to, America’s documentary heritage. Learn more online.