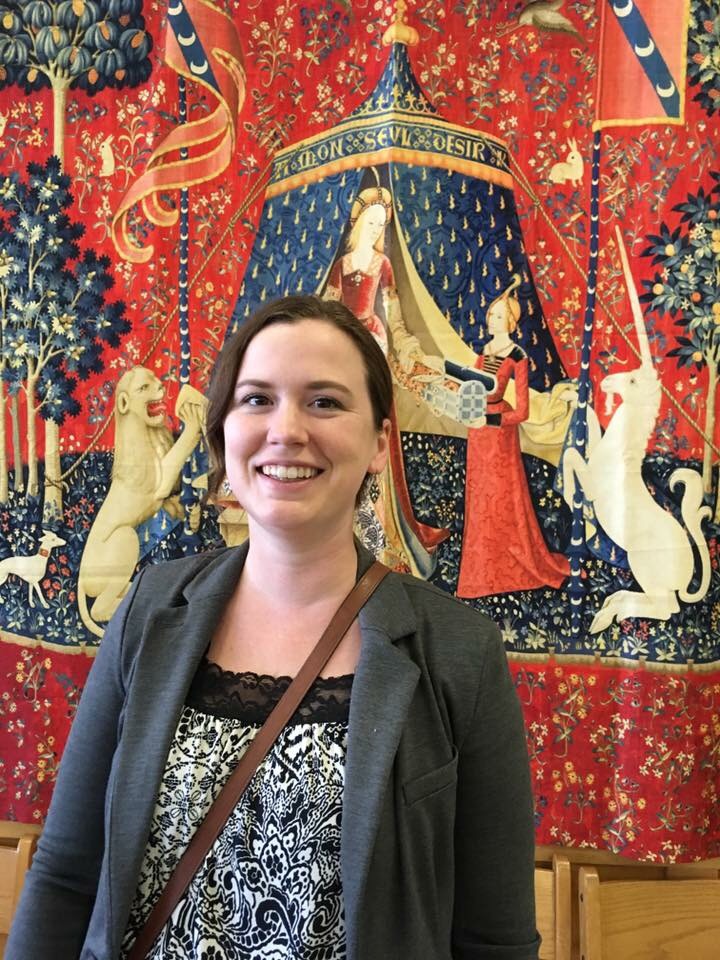 Brittany Poe’s dissertation traces the development and reception of Alan of Lille’s theological program as he moved from the schools in Paris to southern France in late-twelfth century. She argues that Alan’s theological program, while informed by the developing Scholastic method of the nascent university in Paris, was greatly shaped by the unique concerns he faced in the multiconfessional environment of Occitania. Further, she argues that it was his ability to adapt to this religious milieu by deploying a number of rhetorical and logical strategies that allowed his theology to thrive in Iberia. Her dissertation is  titled, "Beyond Paris: Alan of Lille and the Reception of Scholastic Theology in Iberia and Occitania, 1150-1330."

Brittany received her B.A. in History and Religious Studies from Purdue University in 2011 and her M.A. in Medieval Studies (Concentrations: History and Theology) from Fordham University in 2013. As a doctoral student at UT, she has been grateful to work as a Teaching Assistant for the Department of History and to serve as the former Graduate Student Senate representative (and current Steering Committee graduate representative) for the Marco community, where she is active, as well.