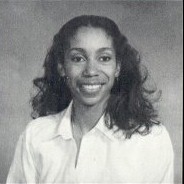 Professor Fleming has written extensively on the civil rights movement of the 1960s. She is the author of Soon We Will Not Cry: The Liberation of Ruby Doris Smith Robinson, which received critical acclaim from both scholars and civil-rights activists. She also co-authoredThe Chicago Handbook for College Teachers, which has been widely recognized as an important tool for college teachers, selling 10,000 copies in the first six months after its release. In addition, she has published articles on black activism, black educational history, and African-American identity in such journals as The Journal of Negro History, The Tennessee Historical Quarterly, The Journal of Women’s History, and The Irish Journal of American Studies. She is currently writing a book, under contract to Rowman & Littlefield, that examines the impact of the civil rights movement on an Alabama Black Belt county. She is also working on an authorized biography of Dr. C.T. Vivian, one of Dr. Martin Luther King’s associates in the Southern Christian Leadership Conference.