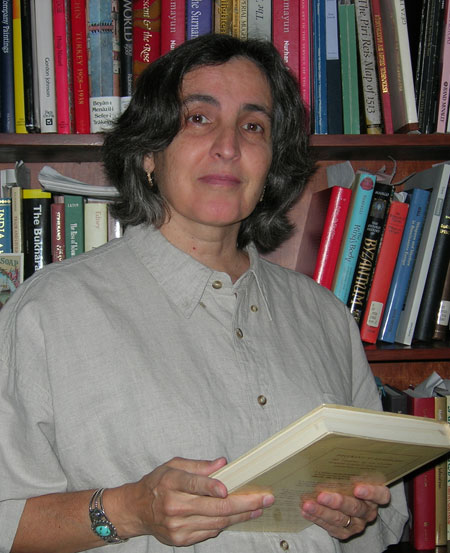 Professor Brummett taught Middle Eastern history, world history, and rhetorics of cross-cultural encounter (East-West, national, gendered). She is interested in the ways in which identities are imagined and constructed. Her specialty is the Ottoman empire, particularly its history of commerce and communication in the Afro-Eurasian sphere: “I am interested in all aspects of the history of a broad region centering on the Middle East but extending into South Asia, Africa, and Europe. I like to explore the intersections between rhetoric and reality; and I want my students to think about the differences between ideology, rhetoric, and action.

Past classes have focused on how national identity is “mapped” in words and images, and on comparative women’s history in the Middle East, Africa, and South Asia. Two current classes address early modern Ottoman-European relations and representations; and the ways in which the United States has crafted a set of visions of the Middle East. My world history survey examines pre-modern conceptualizations of the relations and boundaries between different sorts of beings: human, divine, animal, and mixtures thereof. Recent research projects have focused on early twentieth century Ottoman cartoons, and on ceremonies of submission–the words, actions, and material goods that a person, group or kingdom uses when it submits to another person, group, or kingdom (15th-17th centuries). Currently I am working on two book projects: 1) the ways in which Europeans mapped the Ottomans, in narrative and image, in the early modern era, comparing those craftings of space, sovereignty, and society to Ottoman self mappings; and 2) a monograph on the Ottoman Adriatic, 1500-1700.