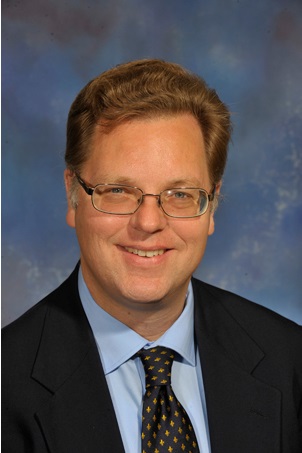 Professor Liulevicius specializes in modern German history, with a particular focus on German relations with Eastern Europe. He completed his Ph.D. at the University of Pennsylvania in 1994 and was a postdoctoral research fellow at the Hoover Institution on War, Peace, and Revolution from 1994-95. He has taught at the University of Tennessee since 1995. From 2008 to 2021, he served as the director of the Center for the Study of War and Society.

His first book, War Land on the Eastern Front: Culture, National Identity and German Occupation in World War I, was published in 2000 by Cambridge University Press (now available in paperback). This book also appeared in 2002 in German translation as Kriegsland im Osten, published in Germany by Hamburg Edition, the series of the Hamburg Institute for Social Research.

His second book, published by Oxford University Press in 2009, is The German Myth of the East: 1800 to the Present (also now available in paperback). This is a study of the way in which Germans have viewed the lands and peoples of Eastern Europe over the last two centuries and up to the present day. Their perceptions have been a complex mixture of attraction and repulsion, fascinations and fears, covering a spectrum from Romantic sympathies to the racial hatreds espoused by the Nazis. This book argues that this crucial international relationship has been vital to how Germans have defined their own national identity and position in the world.

He has published articles on current international affairs in the Baltic region, military occupations, the phenomenon of “elective ethnicity” in northeastern Europe, and other topics of war and society. Encyclopedia articles of his appeared in the new German Encyclopedia of the First World War and the French Larousse encyclopedia. Other articles of his on World War I have also been translated, appearing in Italian, French, and German.

The Great Courses company has produced seven taped lecture courses by Dr. Liulevicius, available on audiotape, CD, download, and DVD. These include “Utopia and Terror in the Twentieth Century”, “World War I: The Great War” (praised in a review in Audiofile magazine for its “stunning clarity”), “War, Peace, and Power: Diplomatic History of Europe, 1500-2000”, “Espionage and Covert Operations: A Global History”, "Turning Points in Modern History", "History's Greatest Voyages of Exploration", and "A History of Eastern Europe". For more information, see: http://www.thegreatcourses.com/professors/vejas-gabriel-liulevicius/

Professor Liulevicius served as President of the international Association for the Advancement of Baltic Studies (A.A.B.S.) for 2010-12 and serves as a vice president of the Association for the Study of Nationalities (A.S.N.) and on its convention program committee for its annual meetings at Columbia University. He serves on the editorial board for the Adam Matthew Publications World War I documents project.

He was awarded a year-long national fellowship by the National Endowment for the Humanities (N.E.H.) in 2005 for his research. In 2012, he won a fellowship at the new Tennessee Humanities Center. He was twice awarded the Hendrickson Professorship in the College of Arts and Sciences, 2005-2009, and in 2009 was awarded a Lindsay Young Professorship.

In 2001, Dr. Liulevicius won both the University’s Award for Professional Promise in Research and Creative Achievement and the History Department’s Leroy P. Graff Award for Faculty Excellence. In 2003, he won the first new award in the humanities, the University of Tennessee College of Arts and Sciences Award for Research and Creative Achievement in the Arts and Humanities for 2003-2006.

His undergraduate courses include Europe in the Age of Total War, 1900-2000; The Rise and Fall of Nazi Germany; History of Modern Germany, 1800 to the Present; History of Espionage: World War I: Causes, Ordeal, and Consequences; War and Culture in Modern Europe; Nationalism Past and Present: Models of Belonging; History of Austria: From Habsburg Empire to European Union; Germany Faces Eastern Europe, 1800-2000; and Contemporary Europe, 1900 to the Present. His Honors Western Civilization courses have focused on topics ranging from the Utopian tradition to comparative nationalisms. In 2006, the University of Oregon’s Center for Educational Policy Research College Board Advanced Placement Best Practices Course Study designated his undergraduate course in German history 1800-2000 (History 335) as “one of the top examples of best practices in a national study of European History courses” with “specific elements of this course being designated as exemplary”.

His graduate seminars include European Diplomatic History, 1800-2000; War and Society in Modern Europe; Topics in the History of Modern Germany; The First World War; Dictatorship and Diplomacy; and the Research Seminar in European History.

In terms of his work with graduate students, Dr. Liulevicius at present is directing several doctoral students. In 2010, Tracey Hayes Norrell completed her dissertation entitled “Shattered Communities: Soldiers, Rabbis, and the Ostjuden under German Occupation, 1915-1918”; she was UT’s first winner of a Fulbright doctoral research fellowship for archival research in Poland and Germany and then went on to win a DAAD postdoctoral research fellowship. She is now assistant professor at Alabama A & M University. Jake Hamric (now assistant professor at Pellissippi State) is currently completing a dissertation entitled “The German Temple Society: Culture, Religious Nationalism, and Ideology in Ottoman Palestine, 1861-1918”, and was UT’s first winner of a DAAD (German Academic Exchange Service) doctoral research fellowship for archival research in Germany. Jordan Kuck, winner of UT’s J. Wallace and Katie Dean Graduate Fellowship, is currently at work on his dissertation on the Latvian dictatorship of Karlis Ulmanis in the interwar period (entitled “In the Name of the People: The Role of Nationalism in Latvia, 1918-1940”?)—in 2010, he was awarded a Fulbright Fellowship for archival research in Riga, Latvia.

In 2011, Brad Nichols won a prestigious year-long dissertation fellowship from the Berlin Program for Advanced German and European Studies, a partnership program of the Freie Universitat Berlin and the German Studies Association, for archival research in Germany for his dissertation, entitled “The Hunt for Lost Blood in the East: A Study of Nazi Re-Germanization Policy”. Michael McConnell was awarded a 2011-2012 Ben and Zelda Cohen Fellowship at the Center for Advanced Holocaust Studies at the US Holocaust Memorial Museum and in 2012-13 won a DAAD fellowship for his dissertation research which deals with forced evacuations conducted by the Gestapo against German civilians in the Rhineland in the closing stages of World War II as a lens through which to explain a broader pattern of atrocities that occurred across Germany as the Third Reich collapsed. In 2011, Geoff Krempa won an award from the Woodrow Wilson International Center for Scholars, to participate in the summer Junior Scholars’ Training Seminar, co-sponsored by Eastern European Studies at the Woodrow Wilson International Center for Scholars and the National Council for Eurasian and Eastern European Research (NCEEER). Geoff is working on his dissertation, entitled “Against the Red Peril of the East: Germany, Hungary, the White International, and Central European Extremism, 1918-1925”. This is our department’s first award from the Wilson Center. Dr. Liulevicius has directed nine master’s theses to date.