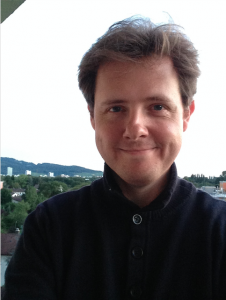 Dissertation Title (Working): Death in the Air: The Luftstreitkräfte, Aviation Technology, and German Culture in the First World War.

Biography: I earned my B.A. at The University of North Georgia in 2006 and my M.A. from Appalachian State University in 2011. My research examines technology’s role in shaping German identity during the First World War. In particular, I am interested in the everyday experiences of German aviators during the conflict. My M.A. thesis, entitled “The Problem of Ernst Heinkel: Nationalism and State Power in Early Twentieth Century German Aviation,” investigated the relationship between aviation technology, increasing German nationalism, and ever greater state influence between 1900 and 1945. I examined the life of Ernst Heinkel, a German aviation pioneer and industrialist who built aircraft for the German military during the First and Second World Wars.

At The University of Tennessee, Knoxville, I have served as a graduate teaching assistant for the Department of History. I have also served on the Graduate Student Senate and worked on both the Travel Awards Committee and the Equity and Diversity Committee. Beginning in Fall 2015, I will serve as Graduate Fellow in Academic Programs at the McClung Museum of Natural History & Culture. I will also continue my role as the Department of History’s website editor, a position I’ve held since 2013.

As a graduate student, I have organized conferences for the Economic History Association (EHA) and presented my research at the Economic and Business History Society. I am currently a member of the German Studies Association (GSA) and the American Historical Association (AHA).

In 2012, I was invited to attend the Prince Albert Society Summer Workshop in Archival Studies in Coburg, Germany. In 2014, I received The University of Tennessee’s W.K. McClure Scholarship for the Study of World Affairs. The Scholarship provided funding to spend two months in Munich, Germany researching my dissertation. The Department of History provided generous funding to sponsor a second research trip to Germany in the summer of 2015.
I will spend the 2015-2016 academic year completing my dissertation and serving as the Graduate Fellow for Academic Programs at the McClung Museum of Natural History and Culture here at The University of Tennessee.