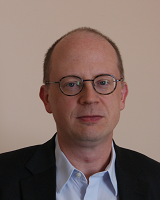 According to the American Historical Association website, “the primary materials of Charles Sanft’s work are wooden writing strips left by soldiers posted on the northwestern frontier of Han China (206/2 BCE–220 CE). Sanft forges the concept of literate community, in which groups rather than individuals are the focus, and looks at all forms of interaction with texts. Thus, he avoids the narrow perspective of many approaches to literacy and favors nonelite, nonofficial engagement with texts, reading, including reading aloud by others, rather than writing.”

Established in 1985 and named in honor of James Henry Breasted, a pioneer in ancient Egyptian and Near Eastern history and president of the American Historical Association in 1928, this prize is offered for the best book in English in any field of history prior to CE 1000.