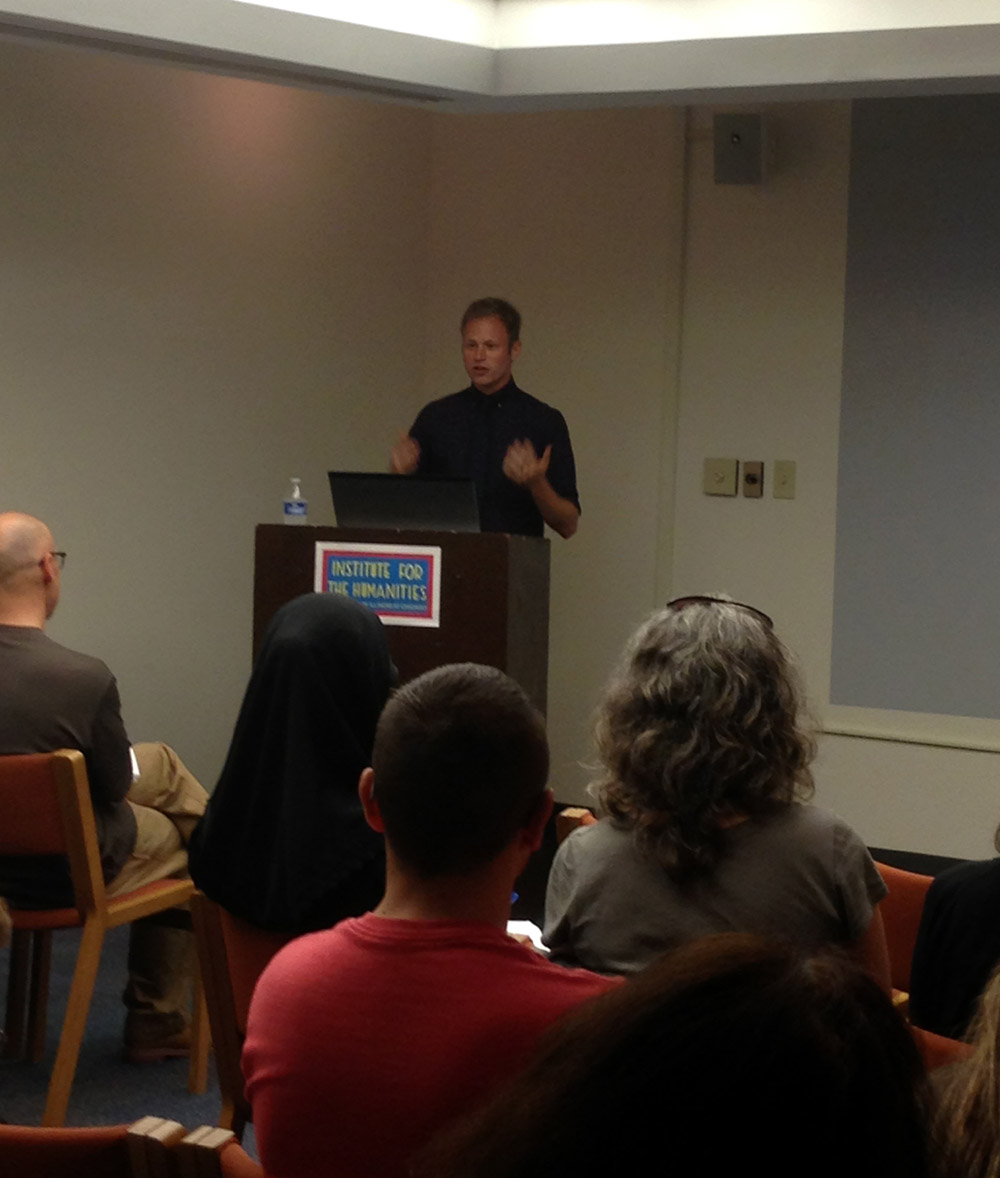 Tore Olsson, assistant professor of twentieth century U.S. history, was invited to speak to the Chicago Area Food Studies Working Group in Chicago, Illinois on Thursday, October 3, about his current book project. The talk was a part of a lecture series titled “New Research in Food Studies,” and was sponsored by the Institute for the Humanities at the University of Illinois at Chicago. Professor Olsson’s talk was titled “Food, Farms, and Global Poverty: Rethinking the History of the Green Revolution.” In his lecture, Olsson described how the Green Revolution – the project to teach scientific agriculture to Third World farmers in the years after World War II – had its roots in earlier philanthropic work among southern cotton farmers during the 1900s and 1910s, thus linking campaigns against regional poverty in the American South with later ones in the so-called Global South.