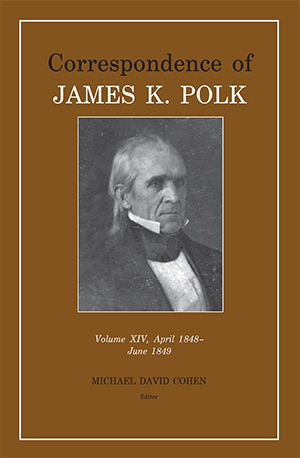 Gathered from the Library of Congress, the National Archives, and other repositories, the letters—most previously unpublished—illuminate the personal life and business affairs of one of the most private men ever to occupy the presidency. Some deal with Polk’s enslavement of adults and children on his cotton plantation; they include his instructions to buy, sell, and physically abuse those Black Americans.

By editing and publishing primary historical sources, Cohen writes in his introduction, he and his colleagues “have rendered them legible, comprehensible, and accessible. . . . Now, with the Correspondence series complete, its use in research, in classrooms, and beyond should only increase.”

The 13 previous volumes are available in print from the University of Tennessee Press and online, at no charge, from Newfound Press through the project’s website (polkproject.utk.edu). 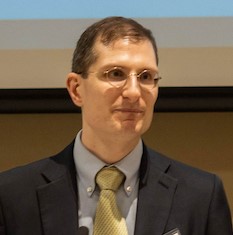 “The series enables all to read the words of a broad swath of social and cultural groups and to assess Polk, his age, and his legacy for themselves,” Cohen said.

Polk served as Tennessee governor, as US House Speaker, and as the eleventh president (1845–49). During his term the United States, by winning the Mexican-American War and settling the northwestern boundary with Canada, increased in size by one-third. Mexico lost half its territory.

The new land prompted debate over whether to expand slavery westward. Frustrated over Congress’s failure to create governments for California and New Mexico, Polk and others worried that the slavery issue would fracture the Union. Meanwhile, a slave escape attempt sparked riots in Washington, D.C., in which Whites including federal employees sought to destroy an abolitionist newspaper. Soon thereafter Alphonso Sumner, a free Black leader and journalist, visited Polk at the White House.

The Correspondence of James K. Polk publishes the full text of over 6,000 letters that Polk wrote or received. Footnotes identify people and events. All other known letters are summarized. The volumes are crucial resources for scholars and students researching America before the Civil War.

Other letters discuss the election of 1848, in which Zachary Taylor became the first president who had held no prior political office. Polk’s supporters, as he ended his term, congratulated him on the “new empire” he had built. Cherokee, Seneca, and Stockbridge leaders protested the policies of a government removing Native Americans from the east. Cubans and Americans wrote to Polk about the United States’ purchasing that island. Sarah Stafford reminded him that some women were interested in politics.

The Correspondence of James K. Polk was supported by grants from the National Historical Publications and Records Commission, the National Endowment for the Humanities, and the Tennessee Historical Commission.

Cohen, having spent 10 years on the Polk project at UT, is now a research professor in the Department of Government at American University. The author of Reconstructing the Campus: Higher Education and the American Civil War and an editor of volumes 12–14 of the Polk series, he now edits the Correspondence of Zachary Taylor and Millard Fillmore.